TTN #538 How are Key Advocacy and Beekeeper Group working during lockdown? With David Lusk & Matthew Zablud

TTN #538 How are Key Advocacy and Beekeeper Group working during lockdown? With David Lusk & Matthew Zablud 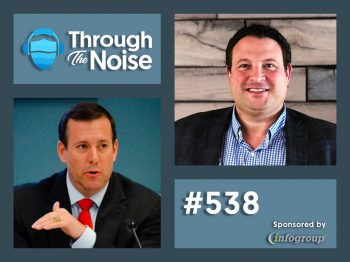 David Lusk, Founder of Key Advocacy, has over 20 years’ experience in the advocacy space. Since 2010, over 7,000 association members, nonprofit volunteers and C-Suite executives have attended his advocacy training sessions. Grasstops advocacy networks built by David have repeatedly received national recognition as model programs for the industry. David graduated from Brown University with degrees in both Public Policy and Business Economics. He currently holds a leadership role with the American Society of Association Executives as a member of the Government Relations and Advocacy Professionals Advisory Council.

Matthew Zablud is a founding Partner at Beekeeper Group. He previously worked on the e-Campaign team at the national headquarters of the Bush-Cheney ’04 presidential campaign, and before that was a lawyer and campaign manager in Melbourne, Australia. For the past 15 years, he has worked with advocacy clients to boost stakeholder recruitment and empower their supporters to become high-quality advocacy champions. Matthew holds a Masters In Political Management from The George Washington University where he also worked as an adjunct professor teaching Online Political Strategy.

Beekeeper Group is an award-winning agency specializing in communications, advocacy, and digital marketing for associations, corporations, and nonprofits.

← TTN #537 Tom Costabile, Executive Director/CEO of the American Society of Mechanical Engineers TTN #539 Adam Krantz on NACWA’s work and the data they collect from their members – Special: Water Week 2020 →