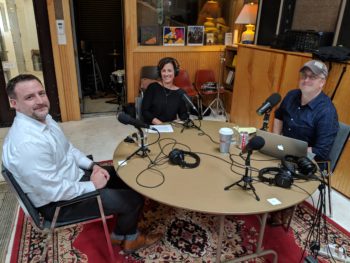 John Snook is the executive director of the Treatment Advocacy Center, a national nonprofit based in Arlington, Virginia that is dedicated to eliminating barriers to treatment for people with severe mental illnesses. Snook is also one of fourteen national experts appointed by the U.S. Department of Health and Human Services (HHS) to guide a new federal initiative to better serve those with serious mental illness, the Interdepartmental Serious Mental Illness Coordinating Committee (ISMICC) (pronounced IZMICK) — a committee established by Congress in response to findings that federal efforts to address serious mental illness were too often siloed and ineffective.

The Treatment Advocacy Center is a national non-profit organization dedicated to eliminating barriers to the timely and effective treatment of severe mental illness by promoting laws, policies and practices for improved delivery of psychiatric care for severe and persistent psychiatric illnesses, such as schizophrenia and bipolar disorder.