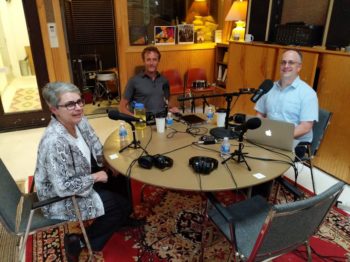 Kim Mills is senior communications advisor for the American Psychological Association. She is responsible for the strategic planning and high-level coordination of APA’s public messaging and interface with the media. She joined APA in 2007. Mills has more than 30 years’ experience in communications and media, including 14 years as a reporter and editor for the Associated Press. She has also written for The Washington Post, the American Journalism Review, The Dallas Morning News, MSNBC.com and the Harvard Business Review, among other publications.

The American Psychological Association, in Washington, D.C., is the largest scientific and professional organization representing psychology in the United States. APA’s membership includes nearly 115,700 researchers, educators, clinicians, consultants and students. Through its divisions in 54 subfields of psychology and affiliations with 60 state, territorial and Canadian provincial associations, APA works to advance the creation, communication and application of psychological knowledge to benefit society and improve people’s lives.

← #386 Holly Wade, Director of Research and Policy Analysis of the National Federation of Independent Business #388 Tom Smith, Executive Director of the American Society of Civil Engineers →