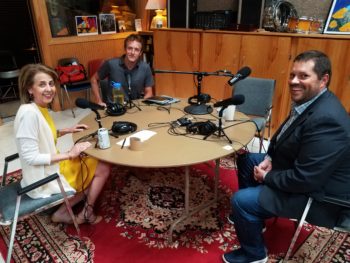 Liz Schrayer serves as President & CEO of the U.S. Global Leadership Coalition (USGLC), a broad-based coalition of over 500 businesses and NGOs that advocates for strong U.S. global leadership through development and diplomacy. Under her leadership, the USGLC has grown to a nationwide network of advocates in all 50 states and boasts a bipartisan Advisory Council, chaired by General Colin Powell and includes former Secretaries of State and Defense alongside a National Security Advisory Council consisting of more than 200 retired three and four-star generals and admirals.

The USGLC works in our nation’s capital and across the country to strengthen America’s civilian-led tools of development and diplomacy alongside defense.

← #384 Peter Loge, Author of Soccer Thinking for Management Success: Lessons for organizations from the world’s game #386 Holly Wade, Director of Research and Policy Analysis of the National Federation of Independent Business →