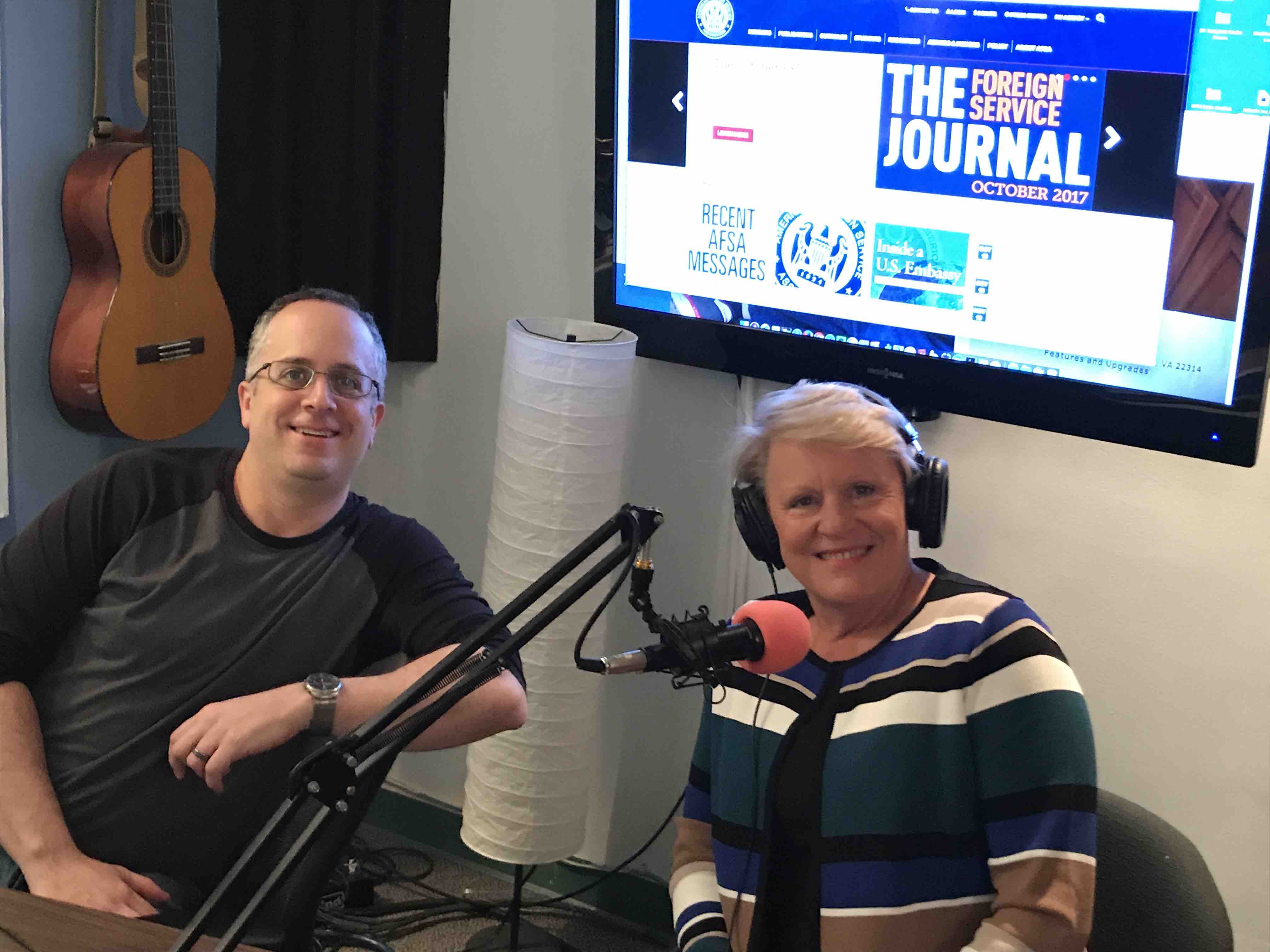 “The rapid loss of so many senior officers has a serious, immediate, and tangible effect on the capacity of the United States to shape world events,” according to today’s guest, Ambassador Barbara Stephenson, President of the American Foreign Service Association. We’re thrilled to welcome her to Through the Noise and we had the opportunity to sit down with her to talk about the work of AFSA which is the “voice of the foreign service” and the professional association for diplomats. They represent 32,000 active and retired Foreign Service employees working in multiple agencies and capacities around the world. Ambassador Stephenson is herself a career diplomat whose initial post was in Panama while Noriega was in power. You definitely won’t want to miss this episode for the critical tie-in to current events as well as an invaluable perspective on the role diplomats play in the world.

Ambassador Barbara Stephenson, a 32-year veteran of the U.S. Foreign Service, serves as the president of the American Foreign Service Association. She was U.S. Ambassador to Panama and has also served as Deputy Chief of Mission at the U.S. Embassy in London, Consul General in Belfast and Curaçao, and Dean of the School of Leadership and Management at the Foreign Service Institute.