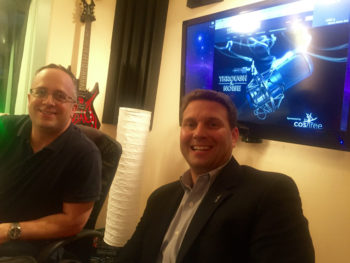 Today’s guest is Henry Wallmeyer, President & CEO of the National Club Association. The National Club Association is the nonprofit that represents and advocates on behalf of all private clubs. Their membership base is the club itself, rather than the staff of the clubs, and they currently have 400 members and are striving to reach 1000. Private clubs took a major hit after the recession as individuals from all walks of life strove to tighten up their budgets and eliminate extraneous expenses. For many, membership in a private club was one of the first things to go and with dwindling individual members, clubs have had to adjust and become more flexible in order to survive. Mr. Wallmeyer would like the members (or the staff of the club) to know that they can easily play an important role in helping the NCA become more effective in helping them — just get in touch.

Henry Wallmeyer has more than 15 years of experience in association management, focusing on organizational development, marketing, membership and advocacy. Prior to joining NCA as president & CEO in September 2015, he served in executive management positions with several large trade and professional associations, including the National Association of Manufacturers, the International Parking Institute, and the American Academy of Otolaryngology.

The National Club Association, a Washington, D.C.-based trade association, serves as the advocate for private clubs, representing their interests on Capitol Hill, in the regulatory agencies, in the statehouses and in the courthouses as well as providing resources on industry trends and governance best practices.

← Management Consultant Lisa Karlisch of Sparkfire Strategy on Process and Next Steps Kiki L’Italien of Amplified Growth on Digital Marketing, Outreach and #assnchat →