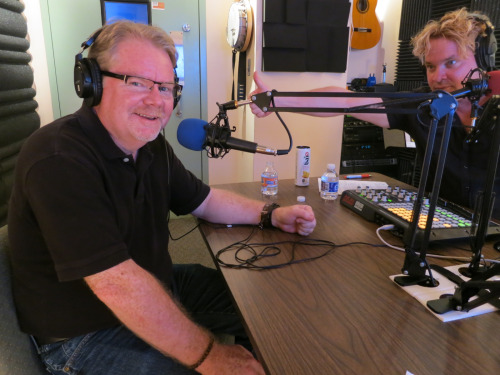 Should charities have the ultimate goal of putting themselves out of business? We broach this subject with many of our guests and as we sit down today with Michael Curtin of DC Central Kitchen, we get an unusual response. DC Central Kitchen does so much more than providing 11,000 meals a day to people and organizations around Washington, DC and it operates under the premise that any waste is bad – whether food waste, the waste of human resources and unused minds, or empty underused kitchens. With an extensive training program that provides opportunities and possibillies to many disenfranchised people, including a large number of formerly incarcerated people, The Kitchen is helping end the cycle of poverty with a number of creative approaches. Tune in for some enligthtening and inspiring stories as we chat with Michael Curtin.

Mike Curtin joined DC Central Kitchen (DCCK) in 2004 as the COO and has been the CEO since 2007. Under his leadership DCCK has experience dramatic growth with their social enterprise program’s budget going from less than $500,000 in 2005 to over $7 million in 2014. As a result DCCK is able to offer a number of programs to the DC community including large meal delivery contracts, a school food program that provides 6000 locally-sourced, scratch-cooked meals at ten DC schools and a wholesale program that delivers fresh produce and healthy snacks to corner stores in Washington, DC food desserts. This growth has also allowed DCCK to employ 150 people, including 60 graduates of the Kitchen’s Culinary Job Training Program which trains formerly incarcerated, addicted, homeless or chronically unemployed individuals.

DC Central Kitchen is a nonprofit organization working to fight poverty, hunger, and poor health through a number of innovative programs, including meal distribution and job training. DCCK mission is to use food as a tool to strengthen bodies, empower minds, and build communities.